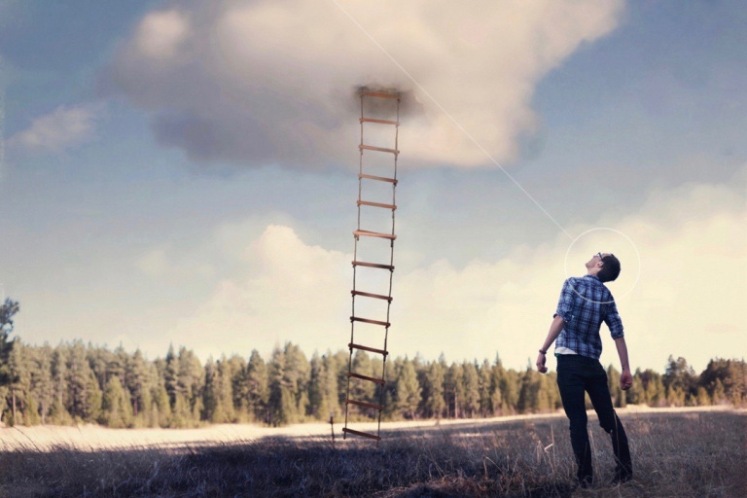 A seer – what on earth is that? Even though we in the Western world might not be very familiar with this prophetic gift, there are lots of seers around us. However, most of them keep a low profile and don’t talk to many people about their experiences. One person I met told me that basically no one knows what God is doing in his life in this area. The last few years I’ve had the privilege to meet and get to know a number of seers, and I have come to realize how important they are.

Through history God has constantly tried to lead his church in the right direction, wanting to re-establish it to be what He intended it to be: the body of Jesus on earth. Step by step reformations and revivals have brought the church back to Biblical truths and Biblical practices. The last one hundred years we can see how this movement has accelerated and today the power and the gifts of the Spirit are accepted within most denominations. The five-fold ministry of apostles, prophets, evangelists, teachers and shepherds have one by one been accepted and activated to different degrees. However, in our Western churches there are still one gift and one ministry, which to most people are a white spot on the map: the gift of the discerning of spirits and the seer prophet.

WHAT IS A SEER PROPHET?

”The Lord warned Israel and Judah through all his prophets and seers…” (2 Kings 17:13)

”Formerly in Israel, if someone went to inquire of God, they would say, ’Come, let us go to the seer’, because the prophet of today used to be called a seer.” (1 Samuel 9:9)

The word ”seer” in our Bibles comes from the two Hebrew words ro´eh (to see) and chozeh (prophetic vision).* In the second verse above we can see that the people of Israel gradually skipped the distinction between a seer and a prophet and instead called both of them a prophet. Seers and prophets are very close and to a great extent their ministries overlap. The seer prophet is a prophet whose emphasis is on the visual. I present James Goll’s list of 12 different prophetic ministries here, where the seer prophet is one of them (Goll calls them dreamers and visionaries).

My definition of the seer prophet:

”A seer is the church’s prophetic eyes who mainly receives visual communication from God and who is given heavenly revelations and experiences.”

The reactions I get to my combined teaching on the gift of discerning spirits and the seer prophetic usually fall within one of the following three categories:

1. Surprise and curiosity
Most people have never heard anyone speak about these things.

2. Fear and scepticism
Most Swedish Christians feel uncomfortable when clearly supernatural aspects of the Christian faith are mentioned, both because of a lack of knowledge about these things in the Bible, but also because of the naturalistic worldview they have acquired by living in the Western world. The church’s silence on the subject has given alternative spiritual movements monopoly on these things and unfortunately some people associate this kind of teaching with New Age.

3. Gratefulness and relief
I had no clue how many people there are who are functioning in the gift of discerning of spirits and the seer prophetic. Since I started to teach on these things I’ve been contacted by a whole range of people. Many of them have grown up thinking they are crazy. Well-meaning Christian parents and leaders have told them that they are only imagining. There are even pastors who have let them know that they are demon possessed. I recently met a woman in her mid 80’s who regularly has seer prophetic experiences. She was deeply grateful to hear teaching on the subject for the very first time in her life. She told me how she often had met an inability to understand or even outright condemnation from Christian leaders.

Since most churches in the Western world don’t teach on these things people are afraid to share their experiences. Other people, whom God has intended to have this gift, never receive it since they hardly know it exists. It is hard to seek after something you don’t even know about or put any value on.

AN OVERVIEW OF THE BLOG SERIES

Part 1: Introduction
Part 2: The deep end of the prophetic swimming pool
Part 3: What does a seer prophet’s ministry look like?
Part 4: Answers to common objections

A VISION OF GOD’S HEART FOR SWEDISH SEER PROPHETS

Finally I would like to share a vision God gave me about a year ago. I sat where I’m sitting now, in our easy chair down in our living room, when suddenly I felt God’s presence come over me. I closed my eyes and with my inner eyes I saw a quickly passing panoramic view of Sweden from above. Across the whole country God was highlighting seers and I saw that many of them were confused and isolated. I also saw and heard many of them screaming from fear at night as they were being tormented by demons, making use of their spiritual sensitivity (something that unfortunately is very common). I felt God’s love and heart for these people. I started to cry and couldn’t bear to look any longer.

To me God’s call was clear: it is time to start teaching about the seer prophetic and the discerning of spirits even more extensively. From a shepherd’s perspective the church’s silence on these matters has been a disaster for the people I saw in the vision. Without guidance and help they become spiritually exposed, confused and misunderstood. Sooner or later many of them manage to shut down their discernment or their seeing in order to protect themselves, and valuable gifts from God, given to build up the church and extend the Kingdom of God are wasted.

I’m looking forward to hearing your thoughts and input as this blog series develops – welcome to explore the seer prophetic together with me!

9 thoughts on “Seers – the prophetic eyes of the Church | part 1: Introduction”